How Personal Injury Claims Are Resolved 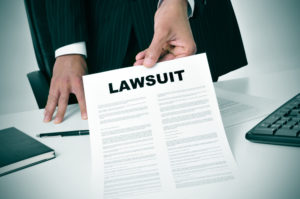 A personal injury case could result in an injured victim obtaining thousands or even millions of dollars. However, the party or parties liable for an accident may approach the case in different ways. While some will readily admit guilt, others may try to claim that it wasn’t their fault. Therefore, it may be necessary to resolve the case with the help of a mediator or in front of a judge.

Mediation is a process in which parties to a case resolve the matter in front of a neutral party. There is no mandate to reach an agreement, but mediators aim to keep both sides talking and working toward an agreement in a timely manner. If one is reached, it is usually binding on all parties once it is signed. Arbitration is similar to mediation in that a neutral party hears evidence and makes a ruling. However, once the ruling is made, it is generally not possible to appeal it or ask for another hearing.

Should You Take Your Case to Court?

Generally speaking, it is only worth taking a case to court after other methods to settle the case have been exhausted. It is possible that a company won’t admit guilt for public relations reasons or because the company doesn’t want to be responsible for a large payout. It is important to note that a judge may require more time at the negotiating table before scheduling a trial date.

It’s Worthwhile To Be Patient

A personal injury case could take months or years to conclude no matter how you choose to resolve it. Even if a judge rules in your favor, it may be possible for a ruling to be appealed. Personal injury lawyers may be able to provide insight into whether it is worth negotiating a settlement if a jury verdict is appealed. Negotiations can cut down on the waiting time and offer something to both parties.