The Different Types of Evidence Used in Personal Injury Case 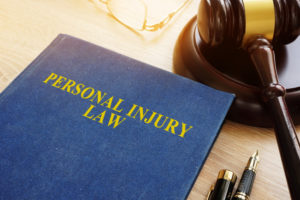 Evidence a Person Can Use in a Personal Injury Case

If you have been hurt in a car accident, while on another person’s property or in a variety of other scenarios, you could be entitled to compensation. However, this is generally only true if an individual can prove that he or she was hurt because of another party’s negligence. Let’s take a closer look at how you can prove negligence resulted in your injuries.

Witness Statements May Be Admitted in a Case

If another person witnessed an event take place, that person’s testimony could play a role in obtaining a favorable outcome in a personal injury case. In some cases, an attorney will hire an expert witness to interpret evidence on your behalf. The goal of expert witness testimony is to create a favorable narrative without lying. When done correctly, jurors will have sympathy for you or otherwise feel more inclined to rule in your favor.

Photo and Video Evidence Can Be Used

There is a good chance that a camera recorded the events that led up to your injury. If you were driving a car, it is possible that a gas station security camera or red light camera captured the moment when another vehicle collided with yours. If you were hurt at a sporting event, it is likely that someone was recording the game and managed to capture the moment when you were hit by a flying object.

Your Attorney May Gather Evidence on Your Behalf

Most Las Vegas injury attorneys will gather evidence on your behalf if you are too hurt to do so yourself. In such a scenario, you will receive regular updates on your case and how it is progressing. This lets you stay make informed decisions as to whether you would like to settle your case or go to trial.