When Is Settling a Lawsuit the Wrong Decision? 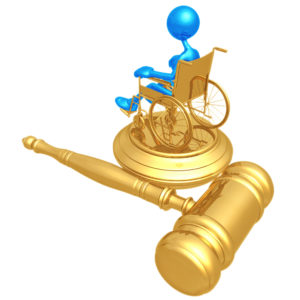 When Settling a Personal Injury Lawsuit Is a Bad Idea

One of the first things you’ll receive after reporting an accident with injuries is an initial settlement from an insurance company. When you can’t work and have bills piling up, any amount may seem like enough. Seasoned personal injury attorneys will tell you that it’s a bad idea to take the first offer that comes your way.

Why would a lawyer advise you to turn down money? Trials are difficult for claimants and their families, and there’s always the risk of losing. However, there are several reasons that going the distance with your personal injury claim is in your best interest, and none of them have to do with greed.

You Don’t Know the Extent of Your Injuries

Trauma isn’t always apparent right after an accident, especially when you’re dealing with spinal cord or brain injury. Your condition may be chronic and progressive, requiring long-term care. Settling for an inadequate amount that will run out after a year or two can cause financial devastation.

You Want a Public Record of the Incident

Some cases are so egregious that it’s necessary to make them known to the general public. Maybe your accident was the result of unscrupulous businesses practices medical malpractice, or a drunk driver with a long previous history. The facts surrounding your case will become part of the public record, which could keep someone else from suffering the same fate.

You Can Appeal the Decision

Once you settle a lawsuit, that’s it. There’s no going back and asking for more money later if your injuries turn out to be debilitating, and no appeals. Even if you lose a lawsuit, you can appeal the decision. This is an especially important fact if new evidence emerges or your prognosis changes for the worst.

Lawsuits can seem to drag on for years, and there’s a reason for that. Most insurance companies have the resources to keep going. They also know that most people don’t, especially when a serious injury keeps them in limbo. An experienced personal injury attorney knows when to go to court and when it’s time to take a settlement.